Fight frown lines between the eyebrows with Dysport in Ft Lauderdale

When you come to Body Care for Dysport, you'll be glad to know that the procedure is performed by world renowned aesthetic physician, Rodger G. Stratt, MD who has performed over 10,000 injections. 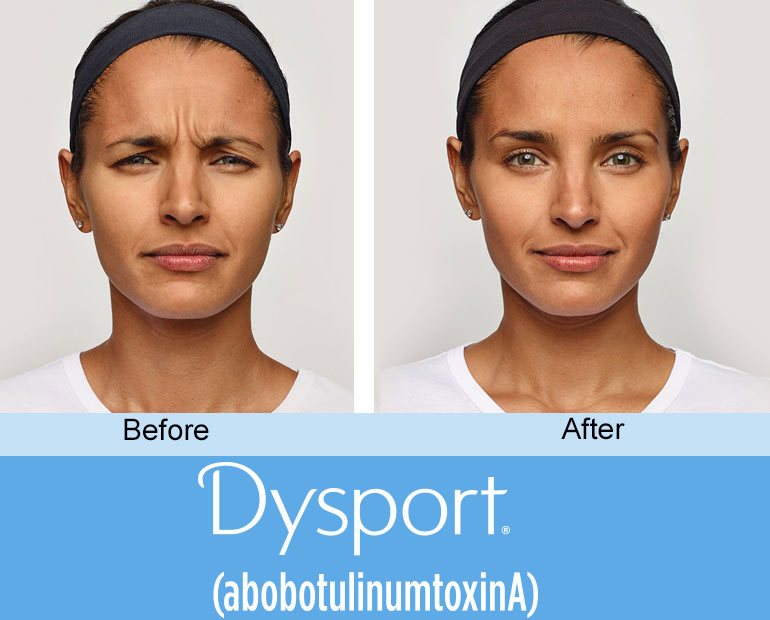 Instead of giving you the "frozen look," Dysport temporarily treats the facial muscles in just the area you want — between the eyebrows. With Dysport, it’s the frown lines between the eyebrows that are minimized, not your expressions. And that's certainly something to smile about.

Men’s use of treatments like Dysport has grown four times from 2000 to 2014. So, when between-the-brow frown lines make you look tired, angry, or older, choose Dysport.

Dysport is so similar to Botox that it is referred to as Botox's twin or first cousin. This new wrinkle relaxer is approved to treat forehead wrinkles and frown lines in the U.S., and has been used to treat neurological disorders outside the United States for more than 15 years. Dysport is approved to treat wrinkles in 23 countries. Dysport® (abobotulinumtoxinA) Injections provide for temporary improvement in the look of moderate to severe frown lines between the eyebrows (glabellar lines) in adults less than 65 years of age. 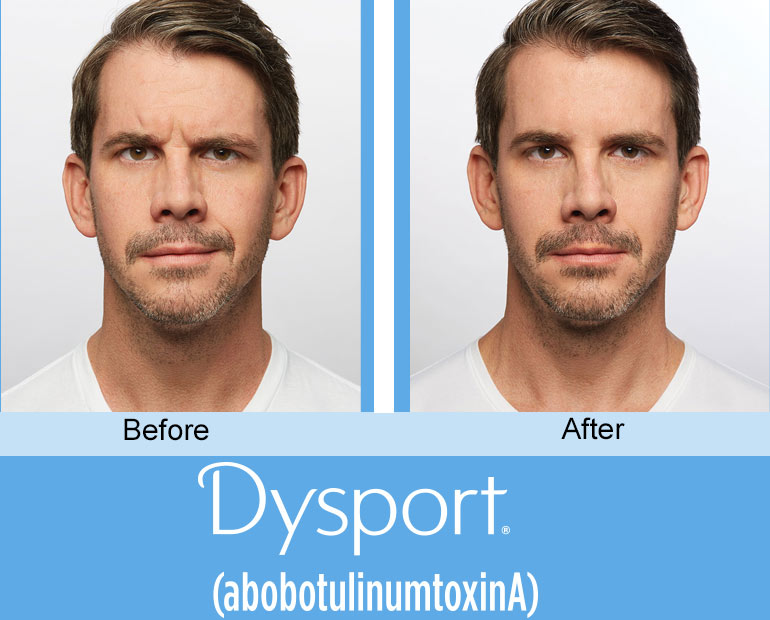 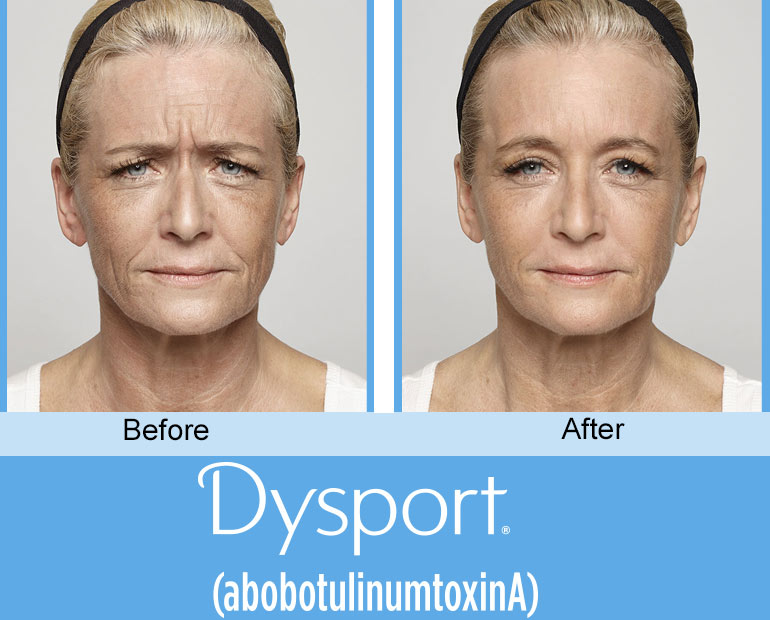 *Results may vary from patient to patient.

†THE PATIENT AND ANY OTHER PERSON RESPONSIBLE FOR PAYMENT HAS A RIGHT TO REFUSE TO PAY, CANCEL PAYMENT, OR BE REIMBURSED FOR PAYMENT FOR ANY OTHER SERVICE, EXAMINATION, OR TREATMENT THAT IS PERFORMED AS A RESULT OF AND WITHIN 72 HOURS OF RESPONDING TO THE ADVERTISEMENT FOR THE FREE, DISCOUNTED FEE, OR REDUCED FEE SERVICE, EXAMINATION, OR TREATMENT.